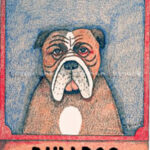 by Lauren R. Tharp There are several varieties of bulldog: The American Bulldog, the French Bulldog, and the English Bulldog. The latter could be considered the “winner” of the bunch as it is the most famous and has earned the right to be referred to simply as “Bulldog.” The Bulldog is the mascot to 39 […]

NewYorkCityDog.org is committed to keeping local dog lovers informed and entertained.  We’ll keep you up-to-date on local news and events, shelters and dog-friendly activities. By bringing all of the elements and resources together in one canine-centric matrix, NewYorkCityDog.org will be your … END_OF_DOCUMENT_TOKEN_TO_BE_REPLACED